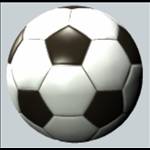 Nick Ford netted a hat-trick and there were also other goals from Anthony Moore, Andy Chadwick and Michael Stringer.

St John’s had come out of the traps from the outset, leading 7-0 at the break.

Pulrose also maintained their 100 per cent record by thrashing Douglas and District 9-0.

There were hat-tricks for Mark Walmsley and the prolific Dave Skillen. Michael Dawson, Barry English and Dean Gough were the other marksmen.

Michael Edge was the star of the show as Castletown won 7-2 at Braddan after a close first half.

He hit four with Alex Cawley netting a double and Jack Charmer joining him on the scoresheet.

Michael Shimmin and Shane Larkin were the Braddan scorers.

Douglas Royal put seven past Foxdale in a 7-2 home romp.

Chris Anderson and Paddy Dempsey both scored twice with Rob McCauley, Brian Jago and Neil Kenna the other Royal scorers.

The points were shared at Clagh Vane between Malew and Ramsey Youth Centre.

Player-manager David Kinrade was the Malew scorer with Mark McGurg on the scoresheet for Youth Centre in a 1-1 draw.

Onchan enjoyed an early season romp, winning 6-1 against the Police, whose consolation was scored by Peter Dixon.