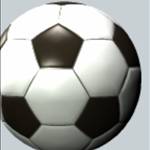 That was the overwhelming verdict after Saturday’s Sure Mobile Premier League games.

Goals from Martin King and Steven Priestnal ensured the Saints won 2-1 at Gymns, who replied through Barry Harding.

It was a late show at St John’s where Castletown triumphed in the battle of the newly promoted sides.

Jack Charmer put Town in front 10 minutes from time only for St John's to hit back through Callum Gallagher.

However, Wade had the last word as Castletown sealed the points to all but ensure a mid-table finish.

It looks bleak for Union Mills who remain firmly rooted at the bottom.

A battling display wasn’t enough to avoid a 2-0 defeat at home to Corinthians – Nigel Moody and Jamie Stoy grabbing the goals in the first half.

Reigning champions St George’s won again, an early goal from Chris Bass junior was all that separated them from spirited Ramsey, while Old Boys returned to form with a 3-1 win at Michael.

Callum Stewart, Craig Stewart and Gary Quirk were the scorers.