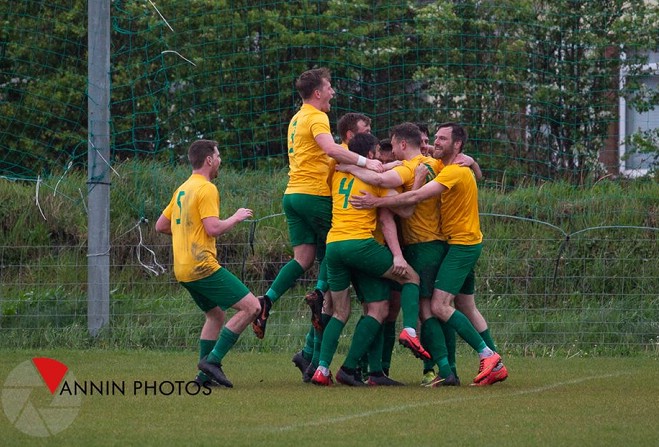 St Mary's booked their spot in the semi-finals of the Keystone Law Hospital Cup with a 3-0 win over Peel.

A Jack McVey free kick broke the deadlock just before the half-hour mark, putting the visitors 1-0 up at half time.

There was hope for Peel when St Mary's were reduced to 10 men as James Murphy was shown a red card following an incident with Daniel Lace, but the home side couldn't make the advantage count.

Frank Jones continued his strong goal-scoring form by netting the second midway through the second half, adding to the brace he scored while on Island duty midweek.

Craig Murphy got the third in stoppage time, giving St Mary's the first spot in the last four of the competition.

They'll have to wait to find out who they face next though as the three other matches were postponed due to the adverse weather conditions. Those games will be rescheduled for next Saturday, with the semi-finals now expected to take place on 11 May.