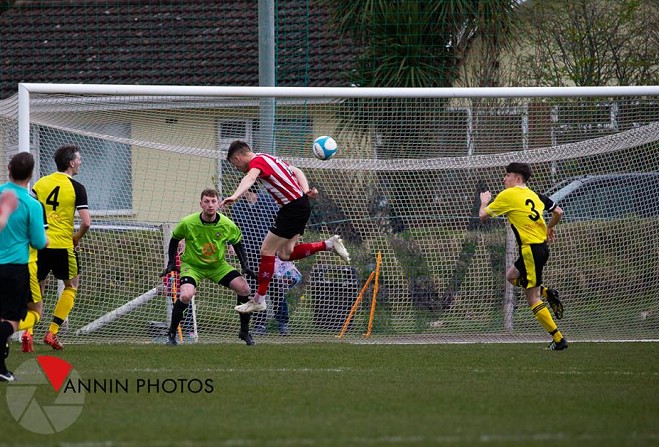 Both won 4-2 to progress

The 2019 Friends Provident International FA Cup Final will be contested by St Marys and Peel after the two both progressed from their last-four ties on Saturday.

Marys were firm favourites as they travelled to second-tier Colby, and they didn't disappoint as they ran out 4-2 winners to make their first final in the competition since 2015.

Despite falling behind, Sam Gelling restored parity before player-manager Alex Harrison gave the away side the advantage.

Gelling added his second before the break to make it 3-1 to the Saints at the interval, and an own goal in the second period gave them an unassailable lead.

David Caldwell pulled one back for the Moonlighters but the Canada Life Premier League leaders held firm to book their place in the final.

They'll be joined by Peel after the westerners produced a fantastic display to knock-out St Georges.

A Ciaran McNulty effort had given Geordies an early lead, but Lee Gale kept his head to equalise from the spot.

Rhys Oates netted a hat-trick as Steve Falconer's Peel began to dominate, and not even a Sean Quaye header could spark a comeback for St Georges.

The 4-2 win sets up an Easter Sunday final between the two sides who have also been battling it out to be crowned Canada Life Premier League champions this term.

St Marys currently have the edge in the league, but Peel have already tasted cup success this campaign after beating St Georges to lift the Railway Cup on Boxing Day.