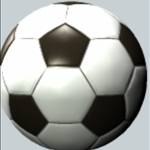 Staffordshire were too strong for the Isle of Man in the second round of the FA County Youth Cup.

The Manx side went down 4-1 at the Bowl.

They were always up against it after a poor start saw them trail 2-0 inside the opening 15 minutes, thanks to goals from Shaquille McDonald and Oliver Haywood.

The Isle of Man worked hard and were rewarded 11 minutes from time by skipper Connor Gorman’s deflected free-kick.

As the hosts pushed for an equaliser, the Midlands outfit sealed the victory in the 88th minute and added a fourth in injury time.