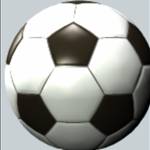 There were no shocks in a weather affected football programme.

Rushen, Castletown, 2009 winners Old Boys and Ramsey Youth Centre all progressed in the first round of the Cu-Plas FA Cup, while Marown saw off Malew in the GH Corlett Woods Cup.

Douglas Royal are closer to the relegation trapdoor after going down 5-1 at home to Ramsey in the Canada Life Premier League, while Pulrose were 4-2 winners over Douglas and District in JCK Division Two.

A hat-trick from Craig Stewart fired Old Boys to an 8-1 thrashing of Corinthians.

After a close first half, the 2009 winners turned on the style.

Ramsey Youth Centre edged out the Police in the most exciting tie of the round.

Two from Mike Nixon and one each from Connell Hughes, Steven Jordan and Declan Cummins fired them to a 5-4 win over the Police.

A hat-trick from Juan Killip helped Marown bounce back from an embarrassing league defeat seven days earlier as they saw off Malew 7-0 in the GH Corlett Woods Cup.

Douglas Royal are all but relegated after Ramsey won 5-1 at Ballafletcher in the Canada Life Premier League.

Jamie Moffitt (three), Danny Oram and John Roberts scored for the northerners at the basement club.

The match was all but over at half-time as Pulrose opened up a 4-0 lead.

Barry English, Adam Store, Adam Raby and Ben Lewin were on target for the home side.