Stoneart see off AON in style 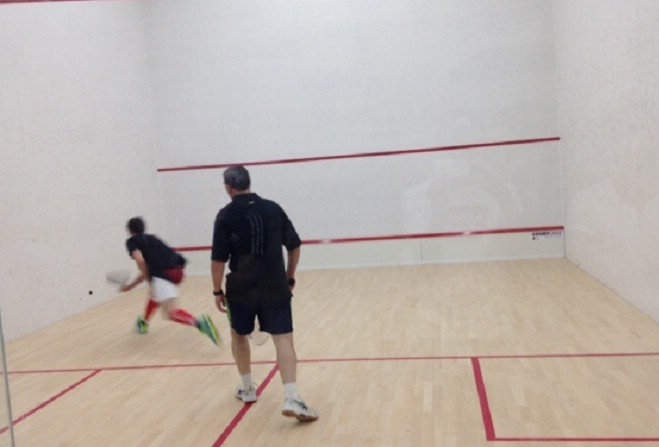 Reigning champions suffer defeat for the first time this term

Team AON tasted defeat for the first time this season at the hands of X Stoneart on Monday.

The defending champions were beaten 4-1 as the away side put in an impressive performance to display their own title credentials.

Allister Crossley was Stoneart's star man as he came out on top in a ding-dong battle with AON's Mason McLarney.

After clawing back from two down and force a deciding set, the momentum was with McLarney.

But Crossley, a former Island player, held out in a nervy finale to rapturous applause from the gallery.

Callum Baker had a similarly tough match as he claimed the victory for Stoneart in a five-setter with AON's Liam Davies.

After having game point in the opening two sets, Baker would've been disappointed to find himself trailing 2-0 going into the third.

However, he fought back to level two apiece before the comeback was complete in a superb individual battle between the pair.

There were also wins for Hamish Thornton, who dispatched of Patrick Fitzpatrick in three, and Steve Baker who had to show guile and composure to see off Jason Crease in four.

Chris Cave provided the only joy for Seniors' fans as he overcame Steve Gailor 3-1 on what was a disappointing night for the champions.

Elsewhere in Division A, International Divers were clear winners in a home fixture against E-Cerebro.

The Divers maintained their fine start to the campaign by winning four out of five matches without dropping a set.

The away side's only individual triumph came courtesy of Ashley Sandiford-Sykes who beat Kevin Watterson 3-0 at number one.

It leaves E-Cerebro bottom after two matches and the side will be looking to bounce back when they face easyGym at the NSC on Monday (16 October).