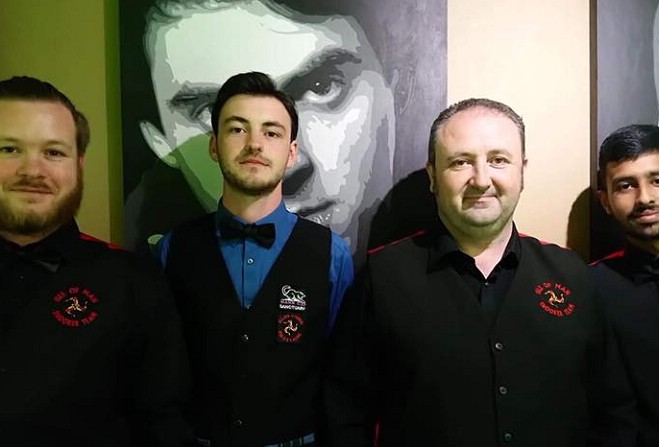 Eight of the Island's best snooker players are in Leeds this weekend, among the top amateurs in the British Isles for the 2019 Home Internationals competition.

The Isle of Man is represented in the Men's event by John Kennish, Sean Corkish, Jamie Wilson and captain Darryl Hill who is a former professional.

They've been drawn in a group alongside Wales, Northern Ireland, and the Republic of Ireland B who the Manx side play on Friday night (9 Aug).

Hill told Manx Radio Sport it's one of the strongest teams the Island has ever sent, insisting they're not there to make up the numbers:

The Island is also represented at the competition in the over-40s Masters category, by Peter Kirkham, Paul Smyth, Paul Smith and Chris Dagnall.

Their campaign kicks off at 10am on Saturday against England B, and they'll also play the Republic of Ireland and Wales A in their other group matches.

You can follow the progress of both teams at www.hibsf.com.

Click here to listen to a longer extract of the interview with Darryl Hill and Manx Radio's Sports Editor, Chris Cave: