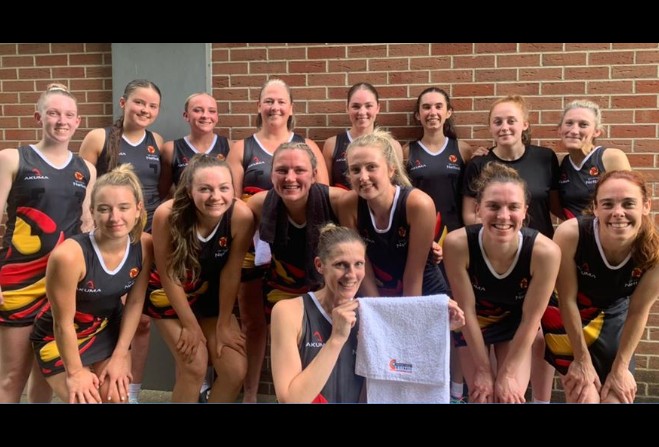 It's been a successful weekend for IOM Netball.

A squad of 14 travelled to Bristol to compete in the Centre Court Tournament.

Players were split into 2 teams: The Manx Mists and The Manx Mavericks to compete in shortened matches - 14 minutes, 7 minutes each way.

The Manx Mists started strong on day one going undefeated in the 6 games in their group.

Mavericks followed suit in the afternoon coming out with 6 wins and a draw.

Seven more games lay ahead for both sides on day two as the top four from each group went head to head.

The tournament finished with a Manx gold and silver.

Meanwhile, on Island the U15s, U17s and U19s Manx Rams development squads had their own competition against visiting side Fenton Netball.

Fenton took the win in 5 out of 6 hard fought matches.