Success for Sleight at English champs 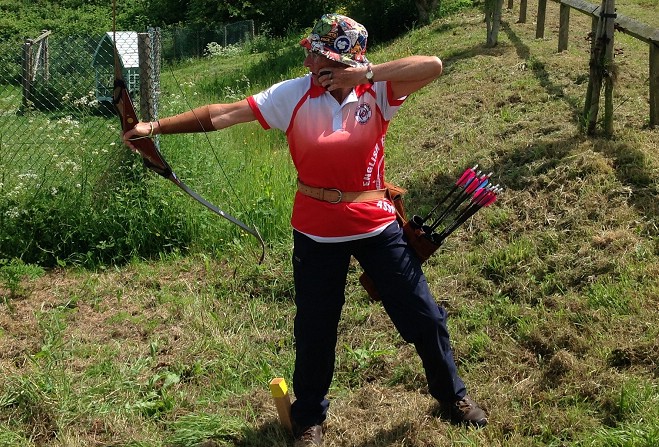 Records tumble as archer gets back on track

Isle of Man archer Lesley Sleight competed at the English Field Archery 3D Championships in Nottinghamshire at the weekend.

The first-day shoot was a marked precision round and a score of 258 gave Lesley English records in Traditional Recurve Class for both Ladies and Veteran Ladies.

Her record score was also higher than the records for the men in the same class.

The second day was a marked 3D round.

With a score of 446, she took a further two English records for both Ladies and Veteran Ladies and again recorded a higher score than the men's records.

Lesley said, "After a disappointing performance for Great Britain last week at the European Championships where pressure took its toll I was determined not to get target panic.

"I had a few wobbles but managed to keep calm and shot much better.

"Its been a good year, with seven English records and winning every UK shoot."