On Air Daybreak George Ferguson | 6:00am - 9:30am
Jose Feliciano - Light My Fire Download

Supersport Race Two, as it happened 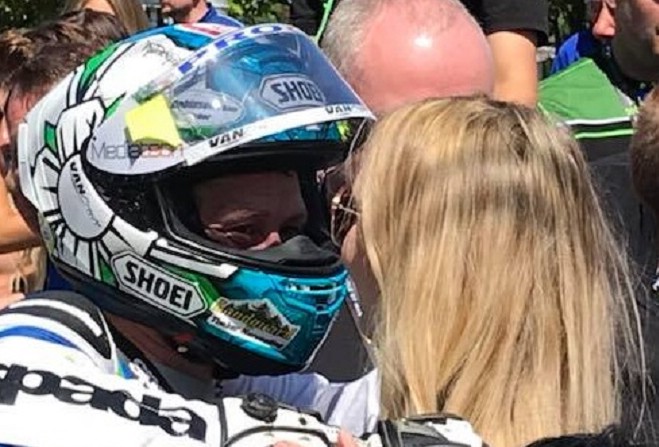 A 30-second penalty in the pits robbed Michael Dunlop of any chance for a third TT win this week.

Dean Harrison set the opening pace in this second Supersport TT on the Island,  run in brilliant sunshine with Michael Dunlop two seconds back at Ballaugh.

But the penalty for Dunlop (for exceeding the pit lane speed limit) dropped him down, with Hickman moving up.

Dunlop was fifth into Lap Three with Harrison taking a twenty-seven seconds advantage into the last lap.

A slight drop in that lead but a comfortable margin at the flag of eighteen seconds for Dean Harrison  with  Peter Hickman second and James Hillier third.

A race record by eight seconds.

Here are the highlights of the race, as described by Manx Radio TT's commentary team: