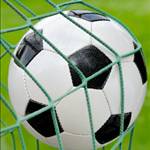 The Isle of Man women’s national football team clocked up another impressive result by drawing 2-2 against Manchester City at the Bowl on Saturday.

The Manx took a 2-0 half-time lead via goals from Rebecca Cole and Eleanor Gawne.

However, the visitors hit back, netting twice in the second half, equalising two minutes from time.

Isle of Man goalkeeper Chloe Swales received the player of the match award for a series of superb saves.