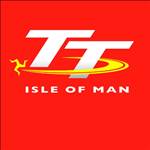 Next year's T.T. will not clash with the British MotoGP at Silverstone.

The original calendar showed the World Championship race scheduled for Sunday 6th June, which is Mad Sunday on the Isle of Man.....right in the middle of the T.T. festival.

Following talks, MotoGP organisers Dorna have decided to move the race to a fortnight later.

Motorcycling journalist Nick Harris says common sense seems to have prevailed and a difficult choice for fans has been avoided:-