Tennis: Long and Clarke to go head-to-head in Ladies Final 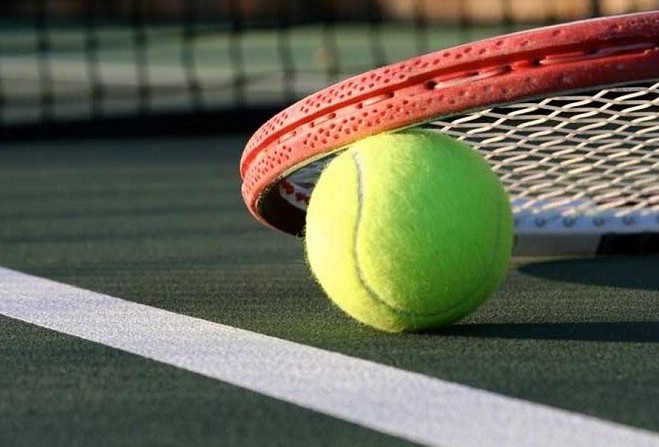 Chinn vs Comber & Drewry vs Go in Men's semis

The Island Tennis Championships is on the road to the finals.

Fifty-three matches have been played since the tournament began last weekend and things are starting to hot up.

In the Ladies Singles, which is being played as a Round Robin with the top two players going through to the Final on Sunday, Sarah Long tops the group after 3 matches having dropped only 4 games, with Charlotte Clarke also winning 3 matches and dropping 5 games.

These two players will go head-to-head in the Ladies Final on Sunday (8 Aug) at midday.

In the Men’s Singles, in the first quarter final, number 1 seed Sean Drewry beat Garreth Roome 6/0, 6/0. The second quarter final saw Jayden Go beat Nerijus Gricevicius 6/1, 6/1. In the third quarter final veteran Robert Comber took on Adam Pyatt-Coppell and after Adam made a slow start took the first set 6/1. The second set was much closer affair with a break either way, but Rob held on to win in the tie-break winning 6/1, 7/6[7-3]. The 4th quarter final was between number 2 seed Marc Chinn and Jabrane Moutiq with Marc to powerful for Jabrane wining 6/0, 6/0.

The semi finals will be played on Saturday at 10am when and will see Sean Drewry battle Jayden Go and Marc Chinn take on Rob Comber.

In the Ladies Doubles Karen Faragher / Sarah Long will progress to Sunday’s final after topping the group; the other finalists have yet to be decided.

In the Men’s Doubles number 1 seeds Sean Drewry / Rob Comber  and number 2 seeds Marc Chinn and Craig Blackwell have both qualified for the semi finals on Saturday afternoon with their opponents to be decided after the final two matches in the group stage have played.

And in the Mixed Doubles the last group match will be played, today (Thurs 5 Aug) to decide who joins the top two seeded pairs Marc Chinn / Karen Faragher and Sean Drewry / Sarah Long in the semi finals which play on Friday evening.

The final of the Mixed plays on Saturday at 1:30pm.