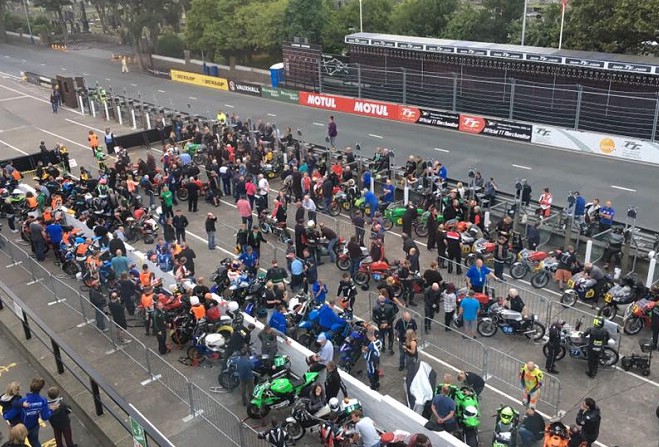 The Classic TT Superbike and Lightweight machines got away as planned, but the Senior and Junior MGP Lightweight rounds were cancelled early on after an incident at Churchtown.

There were reports the bike involved, and a portion of the track, caught fire.

James Bucket, the rider involved in the incident at Churchtown, was taken by airmed to Noble's Hospital, where he was reported to have fractures.

Richard Lambourne also came off his machine at Quarterbridge and was reported to have a bruised elbow.

Then, as Senior and Junior Classic competitors lined the grid later, fog descended - forcing officials to call a halt to proceedings for the night.

Of the action that did happen, Dean Harrison set a blistering festival record, clocking a 123.58mph lap on his Kawasaki.