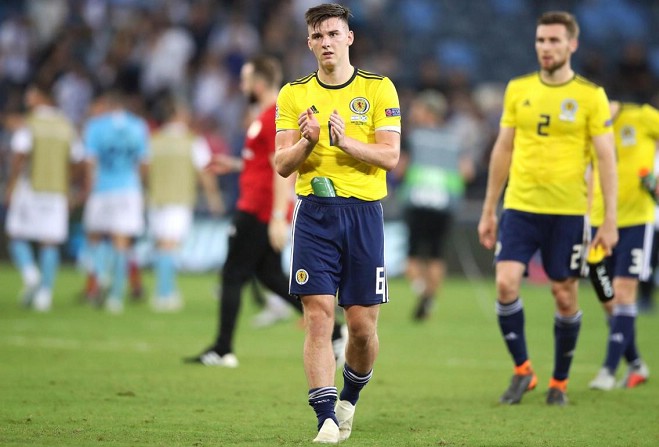 Kieran Tierney has made 12 appearances for Scotland

Manx-born footballer Kieran Tierney has become the most expensive Scottish footballer in history after completing a multi-million pound move to Arsenal.

The former Celtic man sealed a £25m switch to the Emirates Stadium on transfer deadline day, days before the start of the new English Premier League season.

Unai Emery will hope the Douglas born defender can help bring that success to the north London club who are hoping to win their first Premier League crown since 2004.

Tierney made his senior debut in 2015 and went on to make more than a hundred appearances in the green and white hoops of Celtic, scoring eight goals.

He's also made 12 appearances for Scotland, including a World Cup qualifier against England two years ago.

The transfer makes Tierney the most expensive player in Celtic history, eclipsing the £19.7m paid by Lyon for Moussa Dembele last year.

It is also £10m more than West Bromwich Albion paid for Oliver Burke in 2017, making Tierney the most expensive Scottish football of all-time.