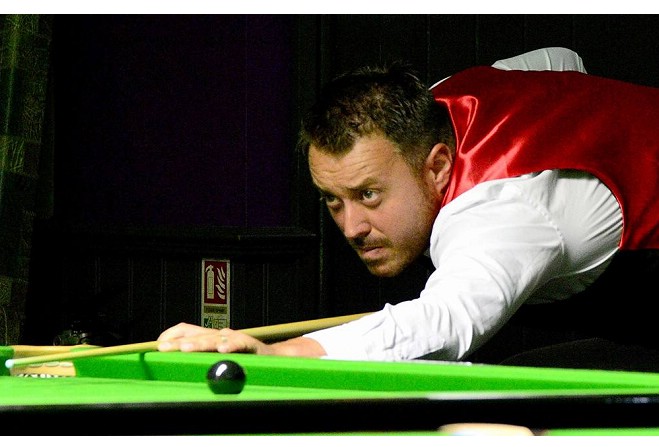 Peel Legion remain top of the pile, despite losing 3-2 at home to Finch Hill 'Mob' – their winners were Don Humphries and John Kelly, who had a break of 27 and remains joint-top of the individual standings with seven wins from eight matches.

Tom Miller led the way for the 'Mob' once again, with breaks of 43 and 22, with Garry Christian (22) and Miles Sherman also winning – Steve Finnegan had a break of 20, but it wasn't enough to topple Humphries.

Second-placed Malew 2 came out the losers of a local derby in Ballasalla – Malew 1's John Faragher, Eric Drinkwater and Roy Gelling all won, with Paul Bridson and Mark Quinn sealing victories to help Malew 2 keep pace at the top of the table.

St Olaves also lost 3-2, away at Finch Hill 'Young Guns' – James Kerr is another player who finds himself on seven wins from eight after a break of 21 helped him to a stylish victory over Nick Stephens, and Paul Smith got a good win against a misfiring Darryl Hill.

But Brendan Clague, Calum Gardner and Dollin Mercer won for the 'Young Guns' to seal important points for the new team, the only other break of note coming from Sean Corkish who had a 25 against Mercer.

In the south, Port St Mary Legion romped to a 5-0 whitewash in the bottom-of-the-table clash against Douglas Snooker Club 'Wannabes' – Dave Pickersgill was on excellent form with breaks of 25 and 24 to beat Steve Cowin 105-31, and Phil Joynes also had a break of 25 as he beat Paul McKinstry.

Shaun Roberts and Marc Morley were the other winners, with the final frame given to PSM as a walk-over to seal a big points haul.

Douglas Snooker Club 'Newbys' lost 4-1 at home to Finch Hill 'Musicians', with Jamie Wilson their only winner after a break of 27 – a run of 22 wasn't enough for Zain Abideen to beat Lee Hunt.

Hunt, Peter Glover, John Kennish and Mike Doherty (with another 22 break) won for the guests, to see them climb to joint-seventh in the standings.

The final game of the week saw Finch Hill 'Rockets' overcome Douglas Snooker Club 'Hurricanes', after wins from Graham Ashton, Matt Radley and Marek Kenny – who is the third player on seven wins from eight matches in the individual standings after a win over professional 8-Ball Pool player David Addinall.

Nigel Kermode and Chris Murphy won for the 'Hurricanes', both of whom look good value off their handicaps.

Peter Kirkham still holds the highest break of the season with a 68, and also remains top of the break league with 16 points scored so far.

Tom Miller and Sean Corkish are the other two heaviest scorers, on 12.5 and 11.5 points in the standings, followed by James Kerr and Jamie Wilson on 8 apiece.