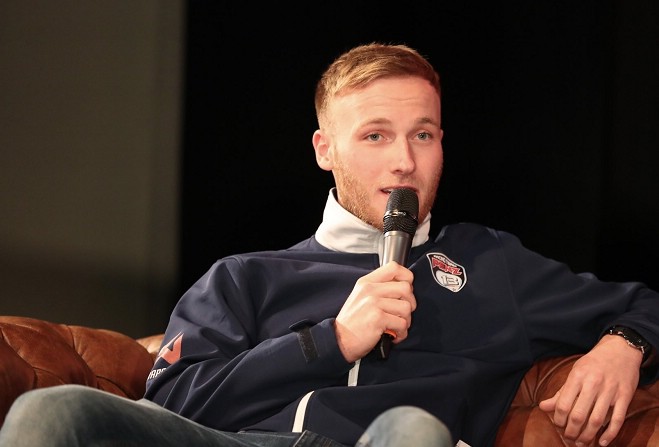 Norton has unveiled an electrifying three-man line-up which it hopes will take this year's Bennett's Lightweight TT by storm.

The fastest road racer on the planet, Peter Hickman, is set to ride alongside the legendary 23-time TT winner John McGuinness and Davey Todd - who impressed as a newcomer on the Mountain Course last year.

The all-star team will each be aboard a 650cc Norton Superlight machine as they target success in the four-lap contest.

Hickman was involved in a thrilling battle with Dean Harrison as he put in a blistering 135mph lap to break the absolute lap record in the Senior TT last June.

Teammate McGuinness is a man who needs no introduction to bike fans, with his record elevating him to iconic status, just three wins shy of Joey Dunlop's all-time record.

It will be a welcome return to the action for the Morecambe Missile, whose crash at the North West 200 two years ago prompted fears he may have to retire.

But the 46-year-old has fought back from the brink as he readies himself for another crack at glory on Manx soil.

Confirmation of the news came as the 2019 Isle of Man TT was officially launched at the Villa Marina on Tuesday night, on a day when a number of announcements were made as preparations for the event are stepped up.

They included Todd, the 2018 RST Star of Tomorrow winner, signing for Padgett's for the Supersport races, whilst riding for the Penz 13 outfit in the big bike classes.

Last year, the 23-year-old lapped at 127.89mph, making him the second fastest newcomer of all time, only behind Hickman.

Todd has now switched from Burrows Engineering Racing set-up to Penz, which he feels was the best offer to him for the forthcoming season.

Speaking to Manx Radio Sport, Todd revealed his expectations for the 2019 TT and where he views his best chance of success: