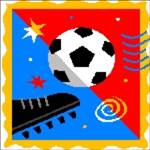 Sure Mobile Premier League leaders Peel visit The Bowl on Saturday afternoon to face second in the table St. Mary's in the undoubted match of the day.

The two sides have almost identical records having won seven of their opening eight matches.

Fellow title rivals Rushen are the only team to have beaten them.

And both have gone to Champions St. George's in recent weeks and come away with a two-one victory.

The westerners are top because of a slightly better goal difference.

Elsewhere, Rushen should keep their challenge on track with a home game against winless Union Mills.

Gymns and Laxey continue their challenges for a place in the Railway Cup - Gymns travel up Bray Hill to Corinthians and Laxey entertain bottom side Michael.