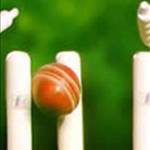 The Island cricket side face a tough time in August's European Championships in Spain.

The games will be at the end of August when temperatures are likely to hit 32 degrees Celsius.

To help prepare for that development officer Gareth Dawson already has plans for special clothing for the squad, a correct nutritional diet will be followed and all the players are now on an intense fitness course.

All the matches are 50 overs per innings and start at 11am.

The Island's first opponents are Portugal, then Belgium, while on the third morning it's the big one — a meeting with hot favourites Israel.

Then comes a rest day before the final matches are against Malta and host country Spain.

It's going to be a demanding time for the Island, but at least they have experience of La Manga, having played there in a tournament a few years back, something which could prove to be invaluable.