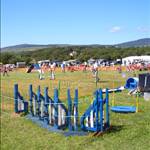 Castletown moved top after winning the match of the day in CFS Division Two on Saturday.

Goals from Alex Crawley, Brett Alcotte and an own goal sealed a 3-1 success at home to Pulrose, whose goal was scored by Barry English.

However, with the match all-square, the game turned when Andy Glover was sent-off for violent conduct as the players left the pitch at half-time.

The result enabled Town to move top. Previous leaders St John’s were not in action.

Marown have overtaken Pulrose in third after a 4-0 victory at Northern Athletic.

Most of the damage was done in the first half with three goals.

Luke Wosser hit a double, Kenny Magee grabbed one and there was also an own goal.

There were goals galore up north as Ramsey Youth Centre bounced back from a disappointing few weeks to defeat the Police 7-3.

The Police, whose scorers were Darren Loader (two) and Chris Moore, led 2-1 at the break.

But a Mark Grotty hat-trick and goals from Steven Gross, Martin Murphy and Martin Slater (two) secured the points.

There was more topsy-turvy action at Braddan who came from behind to run out 8-5 winners at home to Onchan.

Onchan, who led 4-3 at the break, found the net through doubles from Neil and Phil Cain with Luke Sutherland grabbing the other.

He struck a hat-trick and was joined on the scoresheet by Anthony Corkill in a 4-4 draw at battling bottom club Ronaldsway.