Trip to Rocester for Ravens this weekend 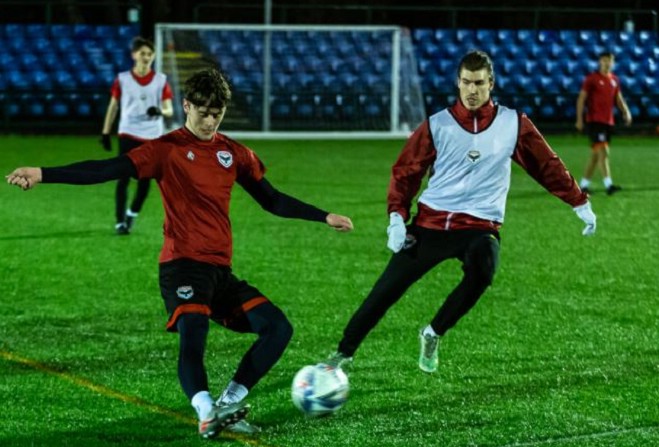 After locking horns just four weeks ago, FC Isle of Man come up against Rocester again this weekend in their latest league contest.

The Ravens will take on 'The Romans' at the Hillsfield ground on Saturday (11 December).

The Staffordshire club will no doubt be out to avenge their last result against the Island squad last time out.

The two sides met at The Bowl back on 13 November, with the Manx side emerging as 2-1 winners in front of a 2,100-strong crowd.

Jack McVey and Sean Doyle grabbed the goals for FC IoM that day, with Rocester captain, Cavan Holford, pulling one back for the visitors in the second half.

Going into this weekend, the Ravens are undefeated in their last seven matches, and boast the top form in the NWCFL Div 1 South over the last six games (five wins and one draw).

The Manx club sit fourth in the league table, five points clear of those outside the play-off positions.

Meanwhile, Rocester will be looking to address a recent slip in form which has seen them drop to 19th in the standings into the relegation zone.

The Romans have one win in their last six which came back on the 9 November against Eccleshall, since then they've suffered four defeats and managed one draw.

Rocester vs FC Isle of Man will kick-off at 1.45pm this Saturday (11 December).

Meanwhile, the Ravens have confirmed their following game at home against Sandbach United on 18 December will kick off at an earlier time than previously scheduled.

The match that day at The Bowl will get underway at 5.30pm instead of 6.30pm.

This, the club says, will allow fans to attend the game and then enjoy their potential Christmas parties later in the evening.