TT stars take to the track 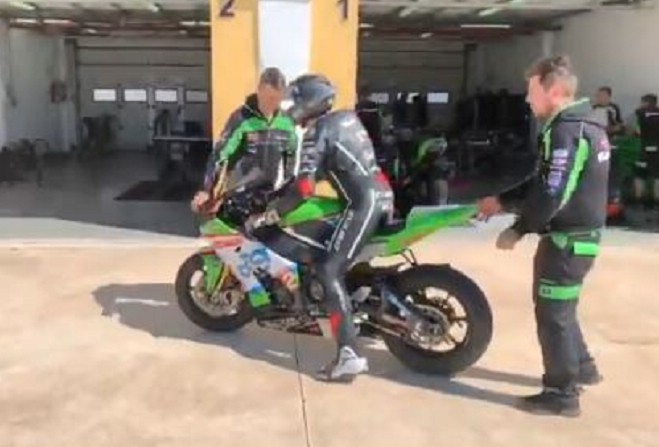 James Hillier at the BSB test in Spain

BSB testing for the rest of the week

The 2019 Bennetts British Superbike season has got going today, with the first of two official tests and a whole host of TT talent taking to the track.

The test is on at the Monteblanco Circuit in southern Spain until Friday.

Teams and riders will then move on to the Autódromo Internacional do Algarve in Portimão, Portugal for the second test on Sunday and Monday.

Leading the way for the TT contingent will be Peter Hickman of Smith’s BMW and Dean Harrison of Silicone Engineering Kawasaki.

With Hickman and Harrison raising the bar in 2018, iomttraces.com says the other TT frontrunners have widely acknowledged their track time in the BSB series has given them the ability to be on a lightning pace from the moment the flag drops on Glencrutchery Road.

As a result, riders such as Michael Dunlop, James Hillier, Lee Johnston, and Gary Johnson are set to take to the track during the two BSB tests.

Others, including John McGuinness, will be looking to sharpen their skills with some wildcard appearances in the British Championship Support Series during 2019.