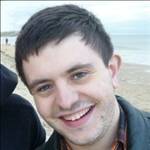 The Isle of Man's first ever 16-year-old voter, five years ago, is looking forward to returning to the polling station in next week's general election.

Ramsey resident Jonathon Knowles was eager to make history when the minimum age was brought down to 16 on the Island in 2006.

Five years on, he plans to vote again, with similar issues in mind (listen to audio file below):