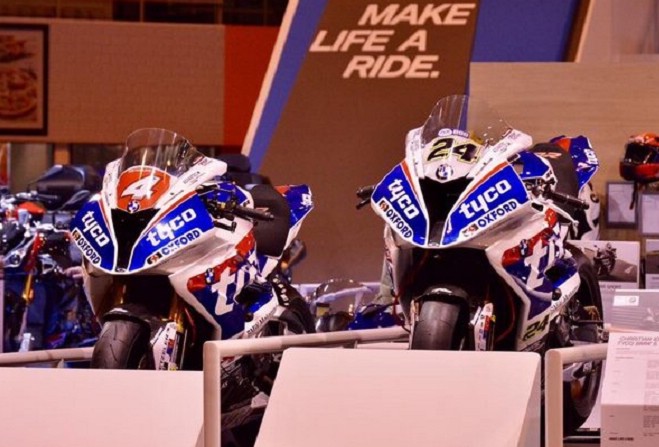 Hutchinson's & Iddon's bikes on the BMW Motorrad stand at the NEC before the theft. Credit: Tyco BMW statement

Tyco BMW is reporting four of its race bikes have been stolen following Motorcycle Live at the NEC in Birmingham.

A statement from the team says they were taken from one of its vehicles, which was parked in a Premier Inn car park near the venue, some time between 10.30 last night and 6.30 this morning.

The machines were reportedly driven away in a white Ford Transit van.

Team Manager Philip Neill says they put their heart and soul into motorcycle racing and these bikes have real sentimental value.

He adds that for this to happen is devastating, especially as the bikes were only at Motorcycle Live so race fans could see them up close and personal.

The ones taken were as follows:

These three are in Tyco BMW livery.