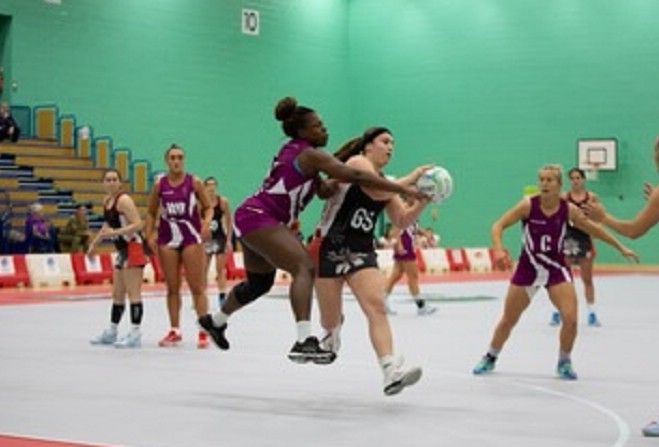 Holders Ireland also start defence of their crown with victory

A late resurgence wasn't enough for Gibraltar as the UK Armed Forces won the opening match of the Netball Europe Open Challenge.

In what turned into a feisty contest, UKAF held on for the win after almost squandering the eight point lead they took into the third quarter.

But as the game headed into its closing stages, resolute defending from UKAF ensured they began the tournament with a 34-31 victory.

Seven teams are in the competition as they battle it out to be crowned champions.

Holders Republic of Ireland began the defence of their title with a 55-39 triumph over the Cayman Islands.

Matches are taking place at the National Sports Centre in Douglas, with the facilities praised as 'top class' by players.