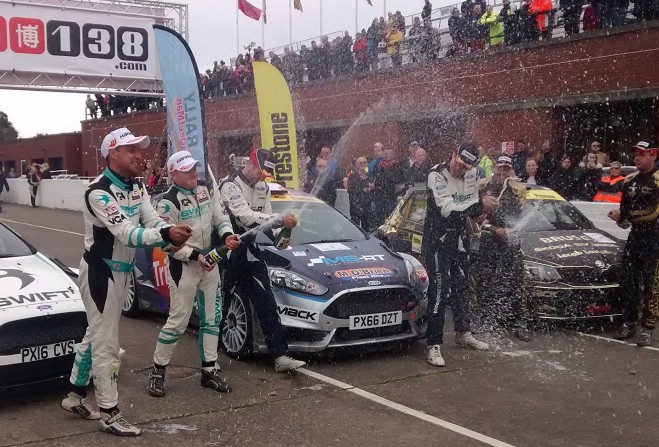 British Championship decided by 1/10th of a second

In one of the most dramatic ever finishes, Ireland’s Keith Cronin and Mikie Galvin have sealed a fourth British Rally Championship.

And it was that margin which proved enough to also clinch the Prestone MSA British Rally Championship by just one tenth of a second from long-time leaders Fredrik Ahlin and Torstein Eriksen.

Despite being quickest on the final stage, the Swedish and Norway duo were pipped by a fraction overall.

Ahlin/Eriksen also had to settle for third spot in the rally as Matt Edwards and Darren Garrod took second spot, 18.6 seconds behind Cronin and Galvin.

The leading local was co-driver Rob Fagg who teamed up with Hugh Hunter to take fifth place.

Nigel Cannell and his 16 year-old daughter Kayleigh were the best local crew with a seventh place finish, which also sealed second position in the National Rally class.