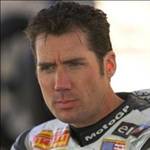 An American team has confirmed it will compete in TT Zero.

MotoCzysz is based in Portland, Oregon.

The outfit's electric bike is already believed to be a significant improvement on last year's entry.

Founder Michael Czysz is targeting the £10,000 prize being offered by the Isle of Man Government for the first team to complete a 100mph average lap.