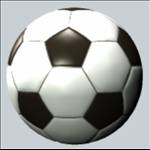 Vagabonds bounced back on Saturday after a string of disappointing results.

They were 30-12 home winners against Dukinfield in South Lancashire/Cheshire Division One, helped by tries from Ross Pulman (two), Andy Pease and Kevin Riley.

Douglas fought back to draw 13-13 at home to Ashton-on-Mersey in Division Two.

Two penalties and a conversion from the reliable boot of Bryn Snellgrove, along with an Alex Nicholson try, earned a point after Douglas had trailed 13-3 at the break.

There was disappointing news for Ramsey in Division Four as their promotion push suffered what’s likely to be a crucial defeat.

Tries from Matt Cousins and Mike Simpson, along with a conversion and two penalties from Rob Pritchard, secured the points.

Ramsey, who trailed 15-0 at one staged, battled back with second half tries from Lance Wylie and Nick McCudden, both converted by Fintan Cummins, but it wasn’t enough.

Southern Nomads are celebrating after clinching the Shimmin Wilson Manx Trophy with a 36-12 home win over nearest rivals Vagabonds B.

Southern try machine James Hammal bagged a hat trick and there were also tries from Nick Butler and Ross McCulloch.

Al Corrin weighed in with two conversions and there was also a successful kick for prop forward Steve McHugh.

The bad news for Nomads was a serious leg injury for skipper Andy Lean.

Andy had missed a large chuck of the season following a car accident and the suspected broken leg he suffered will be a bitter pill to swallow.

Best wishes to Andy and a speedy recovery from all in the rugby fraternity.

In women’s North-West Division Two, Vagabonds are all but promoted after thrashing North Rossendale.

They won 50-7 away from home, led by four tries from Fran Hunt, a hat-trick of tries from Lizzie Lennon, a try and three conversions from Cat Beswick and a conversion from Sorrell Williams.