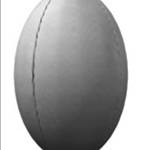 Vagabonds’ fine season continued in women’s North-West Division Two with a 17-17 draw at Leigh, although the game was marred by a serious injury to a Vagas’ player, while Southern Nomads showed why they’re Shimmin Wilson Manx Shield champions with a 66-0 rout at Castletown.

A hat-trick of tries from James Hammill led the way with Andy Kelly and Ross McCulloch amongst the other scorers.