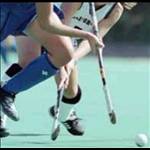 Vikings A are champions – again!

The reigning champions sealed successive titles in the women’s Premier League with a 2-0 success over Valkyrs A.

Goals from Kim Carney and Dani Coombes ensured more success for Vikings in a campaign which they have dominated from start to finish.

The other match in the top flight went Castletown’s way as their A side saw off Ramsey A 4-0, courtesy of goals from Lois Watterson (two), Elaine Wiseman and Candice Cairns.

It’s all change again at the top of the men’s Premier League in the closest title race for years.

Conor Byrne was the start of the day with a hat-trick as Vikings A saw off reigning champions Bacchas A 4-2.

Steve Crowe netted the others for Vikings with Karl Moore scoring both for Bacchas who slip to third.

Vikings thought they would go top but Valkyrs A have edged ahead on goal difference after thrashing Castletown A 8-0.

Doubles from Ollie Webster, Gareth Morris and Chris Caldwell, plus one each from Stephen Lowe and Julian Colley, moved them from third to the top spot.

Only a point separates the top three sides.

Elsewhere, Bacchas B are off the bottom after a 3-2 win over Valkyrs B, who now lie at the foot of the table themselves.

Castletown A 4-0 Ramsey
Vikings A 2-0 Valkyrs A