Races going ahead after uncertainty 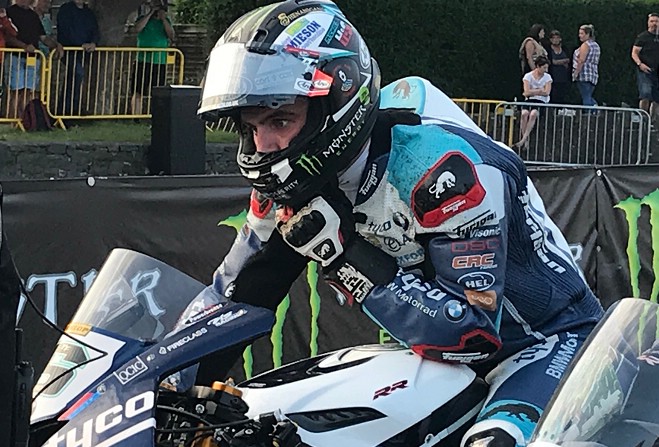 FINAL UPDATE: A delay means races will be setting off one hour later than planned today.

UPDATE 1000: Organisers have confirmed today's schedule is going ahead as planned.

UPDATE 0900: Clerk of the Course Gary Thompson has confirmed no changes are being made to the racing schedule at present. The fog is clearing, but another update will be issued at 10am.

Mist and fog put some initial question marks over the first day of TT racing.

Race officials were left to assess the situation alongside the Met Office, after a murky start to the morning.

It comes as something of a disappointment after a week of such fine weather, where competitors have been able to get plenty of laps in around the Mountain Course over the last seven days.

They've not been holding back either.

Dean Harrison has been in blistering form on his Silicone Engineering Kawaski. He registered an unofficial Superbike lap record with his sub-17 minute lap on Tuesday, and he'll be hoping to take that form into the first race this afternoon.

Bradford man Harrison's not the only one to have impressed in the practice sessions, though.

Peter Hickman and Michael Dunlop are two riders tipped for success at TT 2018. More than 20 solo riders have recorded new personal bests, along with four side car crews as well.

Weather dependent, today will see six laps in the RST Superbike Race, followed by the three-lap Sidecar TT Race 1. Qualifying is also set to take place for the Superstock, Supersport and Lightweight and TT Zero events.