Will the weather win again? 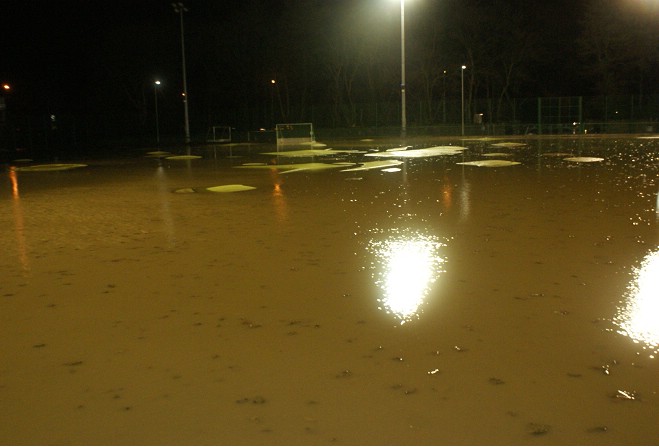 Damage from floods and yet more rain forecast

Sport could be hit hard again this weekend due to facilities remaining closed after last week's flooding and yet more bad weather forecast.

Already postponed are all fixtures at The Bowl including Saturday afternoon's Combination One Football fixture between St. Mary's and Rushen and Sunday's two matches in the Women's Floodlit Cup.

A second attempt to play the Football Railway Cup semi-finals is due to be made on Saturday.

However, morning pitch inspections will be made at Laxey for the tie with St. George's and at Peel for the "Old Firm" clash with Rushen.

It's safe to say playing surfaces around the Island will be checked ahead of all today's Football games.

With the National Sports Centre hockey pitch out of action for the rest of the season, the Mixed Cup and Plate Finals take place at Peel on Saturday.

First on at 12.35pm will be the plate final between Vikings "B" and Bacchas Colts.

In the cup final, Bacchas "A" are going for a league and cup double and face Vikings "A" - here's Manx Radio Hockey correspondent James Russell:-