Wins for Douglas B and Castletown 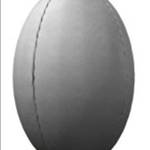 Douglas B recorded a solid victory away at Western Vikings in the Shimmin Wilson Manx Trophy, coming out 62-12 ahead.

In the Shimmin Wilson Manx Bowl, Castletown recorded their first win by beating near neighbours Emerging Nomads 30-22 at Poulsom Park.

Adam Young, Tom Collins and Will Cain picked up tries for Nomads with Cain also adding a conversion.