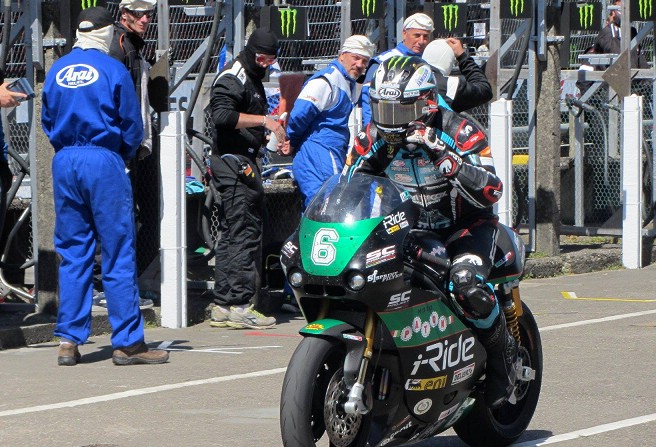 Michael Dunlop has won the Bennetts Lightweight TT, his third win of the week.

Derek McGee finished in second, with Michael Rutter claiming his second podium of the day in third.

In a dramatic and record-breaking race, the lap record was broken on the opening lap from a standing start by Ivan Lintin.

He went round at 121.603mph and was holding the lead until towards the end of lap two, when he forced to retire at Bedstead because of mechanical problems.

Peter Hickman, who's been no stranger to the podium this week, retired at Union Mills on lap four.

Time penalties were issued to Maria Costello and Dave Moffitt because their crews were using mobile phones in pit lane.

This win has moved Dunlop into third on the list of all-time TT winners behind John McGuinness (23) and his uncle, Joey Dunlop (26).