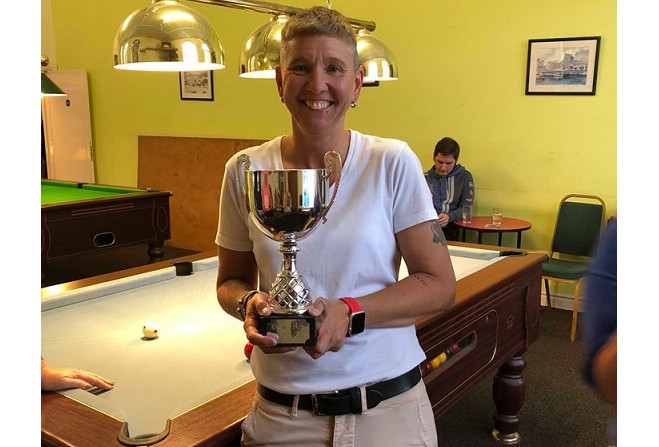 Nicola Young has reasserted her dominance over the Manx women's pool scene this season, with yet another ranking tournament victory at the weekend.

Young won round six of the 2018 circuit at the Manx Legion Club in Douglas, meaning she's now won four of the six events this year.

Perhaps unsurprisingly, Young leads the IoM Pool Players' Association rankings on 343 points, followed by Tanya Rhodes on 280 and Evans on 248.

In the men's round six event, Tom Miller defeated Paul Buchan 4-2 to win his second ranking competition of the season.

Buchan tops the 2018 list, though, with one tournament victory and three second-place finishes to his name meaning he sits on 376 points.

Miller's win means he's narrowed the gap to the top of the table, having now amassed 354 points in second place.

Calum Gardner and Alan Coventry were the losing semi-finalists this time around.

There is now just one ranking event left to play this season, for both the men's and women's categories.

Full results, rankings and fixtures can be found here: https://cuescore.com/IOMPPA.