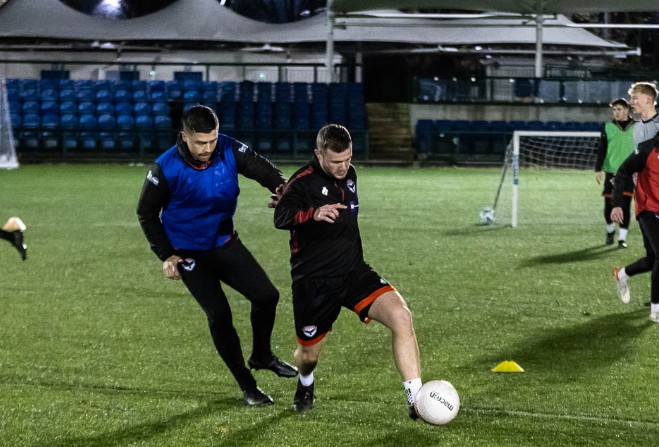 FC Isle of Man are back on their travels again this weekend when they take on Winsford United in the NWCFL Premier Division on Saturday (19 November).

The Ravens will be aiming for a change in fortunes after their exit in the second round of the FA Vase last weekend (12 November) in a 3-1 defeat to Holker Old Boys.

Their last league outing also ended in defeat by the same scoreline a week earlier against a strong Northwich Victoria side at The Bowl back on 5 November.

FC Isle of Man currently sit 18th in the league standings after 18 games on 17 points.

Their opponents this time around, Winsford United, currently reside in a similar position in the table.

The Cheshire outfit are 16th and four points ahead of FC Isle of Man having played two games more.

However, Winsford United go into the weekend in a recent patch of good form with four wins from their last six in all competitions.

In a run of seven straight away games, Padiham, Squires Gate and Lower Breck are among the sides they've defeated.

As a result, out of the 22 sides in the NWCFL Premier Division, Winsford United are 5th overall in the form table over the last six games.

Winsford United vs FC Isle of Man takes place at the Barton Stadium this Saturday (19 November), kicking-off at 1.30pm

Top-scorer Luke Murray is back in contention after having to withdraw from the squad at the eleventh hour during the side's FA Vase defeat last weekend due to illness.

After a long absence, Dan Simpson returns to the squad to provide a welcome boost to the midfield.

One of the youthful inclusions sees defender Morgan Naylor called up - it's his first appearance since 10 October in the 7-4 victory away at Burscough.