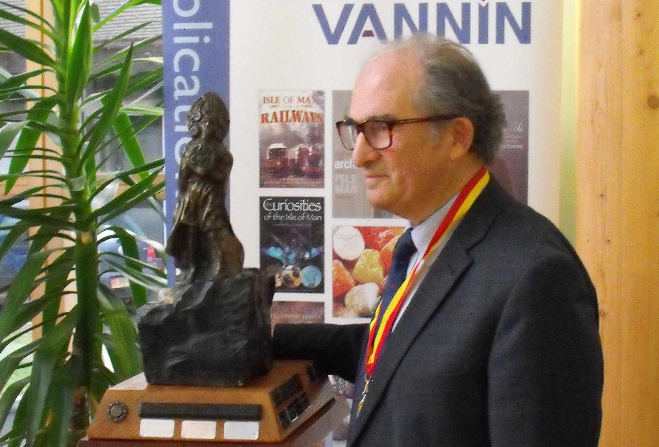 Former Deemster William Cain has been awarded the Isle of Man's top cultural honour - the Reih Bleeaney Vanannan, or Manannan's Choice of the Year.

Mr Cain received the award for his voluntary work for the conservation and protection of the wildlife and environment of the Isle of Man.

In addition to his work for the Manx Wildlife Trust, Mr Cain has served as President of the Isle of Man Natural History and Antiquarian Society and carried out original research into the political and constitutional history of the Isle of Man.

The Reih Bleeaney Vanannan is an annual award made by Culture Vannin to the person or group who, in the opinion of the panel of assessors, has made the most outstanding contribution to Manx culture.

In addition to holding the trophy for a year, Mr Cain also receives a silver and enamel medal, £500 which he is donating to the IOM Natural History and Antiquarian Society and a further £500 for a Manx cultural cause of his choice which he's donating to the MWT.