Manx Word of the Day - Ned, Sadie and Dotty 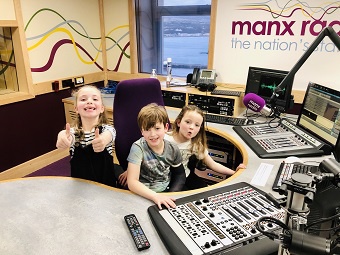 s a treat for half term, we were joined in the studio by Ned, Sadie and Dotty, who taught us some Manx words themed on 'Spring' - and also sang a song for us to teach us some words for body parts! You can watch the video to get some visual clues and learn those words below.

If you would like to recommend a school, youth group (or grown-up group!) to feature in our Manx Words of the Day series, email latelunch@manxradio.com, we'd love to hear from you!

A little Manx Song to learn some useful Manx words!

On Late Lunch this week, we've enjoyed Spring themed Manx words brought to us by Ned, Sadie and Dotty. As a treat for us today, they teach us a song that you'll all know - but has a bit of a Manx twist! There are plenty of visual clues... if you can work out what the words are, text 166177 or email studio@manxradio.com while Beth Christy and Howard are on air between 1 and 3pm.