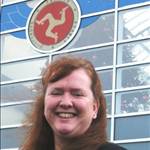 Conister Trust is banking on a substantial and profitable future.

But, as its annual figures reveal, preparing the way does not come cheap.

However, balanced against this is, to quote chairman Jim Mellon, a strong recapitalization in the year, £5.4 million to support what he terms ‘the strategic transformation’.

Much of that transformation has been built on the aim of establishing a strong global position in the prepaid card market.

Transbank, a division of Conister, is being launched after a global market opportunity for prepaid products estimated, according to Conister, to be worth over two trillion US dollars.

It points to the potential, an under banked population of 411 million in Europe, with ‘a relentless move towards cashless transactions’.

Transbank will establish B2B partnerships with organisations that have extensive customer bases, making them, in effect, agents to help carry out this strategy.

Six contracts have been signed to date in Australia, Canada, the Baltic States, here and in the UK.

At the same time, Conister is preparing for the move to new leasehold offices at Ballacottier Business Park after selling its hallmark Finch Road offices, producing a profit of over £350,000.

The process of re-aligning the business has involved an increase in overheads of 28 per cent, much of that with the development of the pre-paid card.

At the same time, the core traditional business hire purchase markets here and across the water are ‘suffering from strong competition, declining values and low profitability’.

The firm has begun ‘a planned withdrawal from the litigation funding business’.

So, its been costly, but the future is bright says Chief Executive Officer, Jerry Linehan, a man of course with a great deal of banking experience, with Barclays, Isle of Man Bank and RBSI.