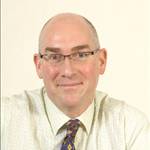 The Manx Government's tax strategy for the next five years is built around simplifying the income tax system, with a close look at capital allowances and the possible removal of the annual tax return cycle for individuals.

The Treasury's mantra for the tax system is 'simple, easy to comply and to administer.'

It says the system of giving tax relief to businesses when they acquire certain types of asset, such as machinery, is based on capital allowances and not on the amount that would normally appear in their accounts, which is known as depreciation.

In a global context, it's pointed out, capital allowances are not the norm. In the local context, they add complexity by obliging businesses to carry out additional calculations after their accounts have been prepared (the “tax computation”). It's being suggested the Assessor should work closely with the private sector to design an up-to-date replacement for the capital allowances regime.

Simplification or removal of the annual tax return cycle for individuals is another idea being floated.

The Income Tax Division points out that employed individuals have tax deducted from their pay via the ITIP regime. It says: 'The Assessor is in many cases aware of an individual’s income from employment before the individual submits his or her tax return. If tax assessments could be "pre-populated" with this information, an individual’s tax return may not need it to be included. Similarly, changes could be made to enable the income tax system to pre-populate assessments with information from local banks, such as mortgage interest, payments and deposit interest receipts. This may enable many employed clients whose income tax affairs are straightforward to be assessed without any requirement to complete an annual income tax return.'

In corporate terms it's pointed out that, at present, banks on the Island are taxed at 10% on income arising from the reinvestment or utilisation of client deposits, and at 0% on other income. The Income Tax Division says: 'The complex nature of the banks’ businesses and structures makes determining exactly what income is taxed, and at what rate, difficult and time consuming. We should introduce further changes to reduce the compliance burden on banks and to maintain their competitiveness.'

Full details of the proposals are on the Manx Government's website.