On Air Night Flight | Midnight - 5:00am
Trisha Yearwood - How Do I Live? Download 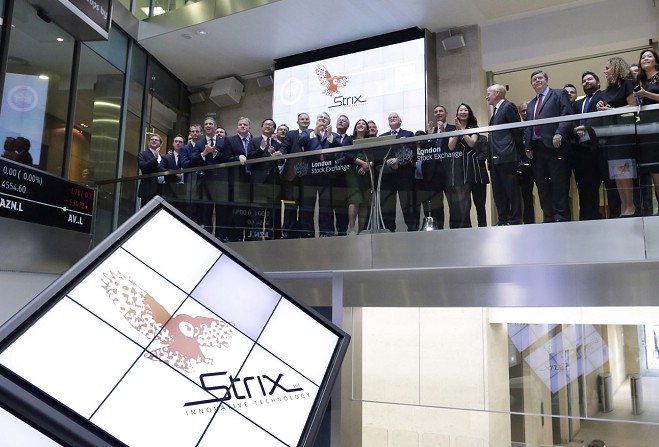 Applause as Strix admitted to AIM

An Island-based company whose products have sold more than a billion worldwide, has today become a plc.

Strix, leader in the kettle thermostat market and headquartered at Ronaldsway, made its debut on London's junior stock exchange AIM, the Alternative Investment Market, this morning (8 Aug).

Within a few hours shares were trading at around 136 pence.

The company has an automated manufacturing facility in Ramsey, where 450 million components are produced each year. It opened an office in Hong Kong in 1989, and a factory in Guangzhou, China, in 1997.

The company has won a Queen's Award for Export, and in 2009 celebrated the one billionth kettle control to come off the production line.

The Island's Lieutenant Governor Sir Richard Gozney, on holiday in the UK, attended the launch in support of Strix.

CEO Mark Bartlett opened the exchange as a new era began for the company: