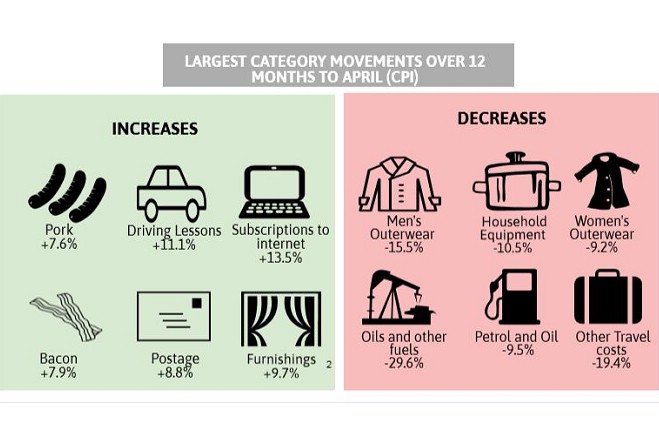 The consumer prices index had stood at 1.8% in March, but April's figures show it's now at its lowest since October last year.

Clothing, transport and housing have been listed among the main reasons for the change.

The cost of oils and other fuels is down almost 30% compared to the same time last year, while travel costs have fallen by 19.4%.