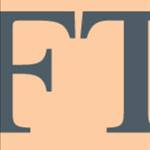 1.3 million readers will, at the very least, have gazed, at least momentarily,
at a sun kissed Douglas Harbour with the "Ben My Chree" at her mooring, and indeed taken in the main headline of an eight page Financial Times supplement this Tuesday morning, " A leading role in offshore services".

How many more readers will have gone further, and opened up the eight pages to learn more about the Island or reinforce their knowledge? that will be important to the Island and those marketing "Mann": because, in these pages, the problem the Island still has of identification is touched upon.
Lead writer James Wilson reflects on Tony Browns business card with its flip side map, showing where the Island is exactly.
He goes on. " The Island is also saddled with outsiders vague recollections of some past Manx practices, such as the birching of young offenders"
He also quotes Richard Murphy, a long time critic of the Manx tax policies, the mention of whose very name will send a collective shudder of dislike through Treasury.

But as with all such reports, its the constructive criticism that gives such a report bottom and reader credibility. And there is much on the plus side, heavily outweighing the negative.

Simon Richardson reports that " the standard of hotels and restaurants is improving". James Wilson assesses Ronaldsway Airport and its expansion plans. John Willman, the FT UK Business Editor, reflects that "Success now lies in finding lucrative niches at the forefront of financial innovation while imposing the highest standards of regulation to attract the worlds leading financial institutions"

The FT and todays report on the Isle of Man.