Two Manx companies named as 'Best companies to work for' 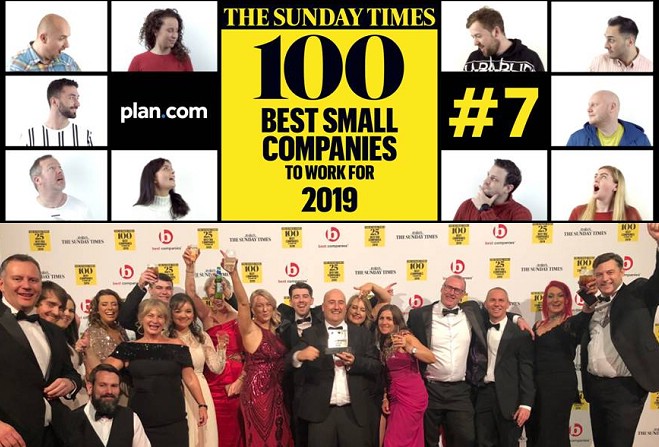 Employees of plan.com (above) and Nedbank Private Wealth taken at the awards credit: @stuartcummins on twitter

Two businesses from the Isle of Man have been recognised by the Sunday Times in its '100 Best Companies' list for 2019.

Mobile tech firm plan.com, has been placed in the top 10 of best small companies to work for in the UK for the first time, ranking seventh at the annual awards.

The Douglas-based company, regarded as the fastest-growing in the UK, has more than 100 employees.

It was pitted against some 700 other small businesses seeking the accreditation.

Also in the category of the Best Companies list, was financial service provider Nedbank Private Wealth.

It ranked 67th in the survey, long-held as the UK's leading assessment of workplace engagement.

The awards, which began in 2001, ask staff to rate their employer across a wide range of areas including pay, conditions, teamwork, leadership and wellbeing.