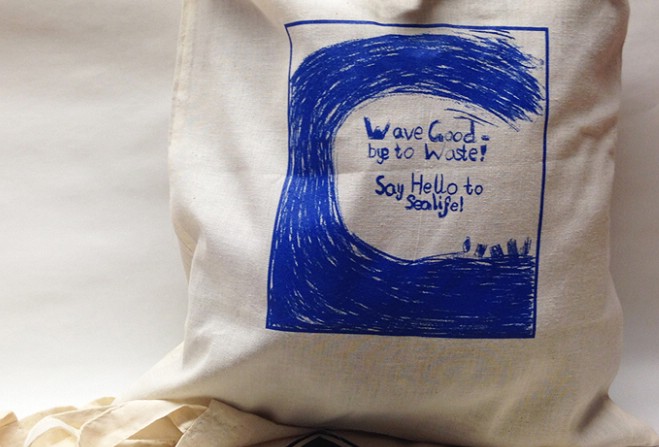 A levy such as the 5p-per-bag charged in the UK since October 2015 is on the government's agenda, and has been mooted as a UNESCO Biosphere project.

According to the Trust, the average family uses 300 plastic bags per year, the vast majority only once. It's thought 180 species of animals globally are known to have ingested some form of plastic, the most common form of litter on beaches.

Manx Wildlife Trust's gift shop in Peel is promoting the levy campaign by giving away reusable cotton bags to customers who spend more than £10.

A competition for school children to design the bag was supported by Colas (IOM) Ltd, the wining design created by Marta Done, with the slogan 'Wave Goodbye to Waste, Say Hello to Wildlife'.