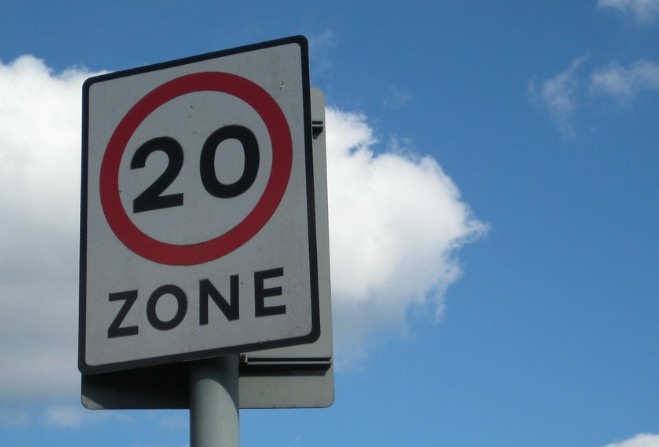 Minister confirms £2.9m for default speed limits is not available

Saving lives on the Island's roads – and reducing the financial burden on the health service – should be a priority for government.

That’s the view of the Isle of Man Green Party which is calling on the treasury minister to justify why his department has refused to honour a Tynwald resolution.

In October 2020 politicians supported the idea of 20mph, default, speed limits in residential areas with priority on reviewing areas directly around schools.

It was something estimated to cost the Department of Infrastructure £2.9 million to implement.

But in October this year the now Treasury Minister Dr Alex Allinson confirmed that his department had considered the request for additional funding and rejected it.

He told MLC Rob Mercer in a Tynwald written answer: “The Treasury considered this request for additional funding against all other competing requests and was unable to accommodate the amount with the financial resources available in the budget for the current financial year.”

It’s a decision that’s angered the Isle of Man Green Party which has now written to the minister.

Andrew Langan-Newton is the party leader:

“Save for the very obvious benefit of the reduction in road traffic fatalities and serious accidents, speed limit reductions are a key initiative to reduce climate-warming CO2 emissions and other harmful gases. It has a significant impact on public health (both physical and mental) through air quality improvements and encouraging active travel.” – Andrew Langan-Newton (Isle of Man Green Party Leader)

So what do the people think? Are more speed limits, on an Island which prides itself on not having a national limit, welcome? Would people be happy to drop their speed in home zones?

Manx Radio’s Chanelle Sukhoo went into Douglas to find out:

In response Minister Allinson said: “This decision was made by a previous Treasury board and so I am not party to the conversations which took place when the financing of this proposal was discussed.

"As outlined in the written Tynwald answer this bid was considered against all the other competing requests during that budget process and unfortunately Treasury were unable to accommodate this considerable amount within the financial resources available at the time.

"This is in no way a repudiation of the October 2022 Tynwald resolution on speed limits in residential areas.”

He adds that the Department of Infrastructure has successfully altered signage, and bought in 20mph zones in various areas, over the last year.