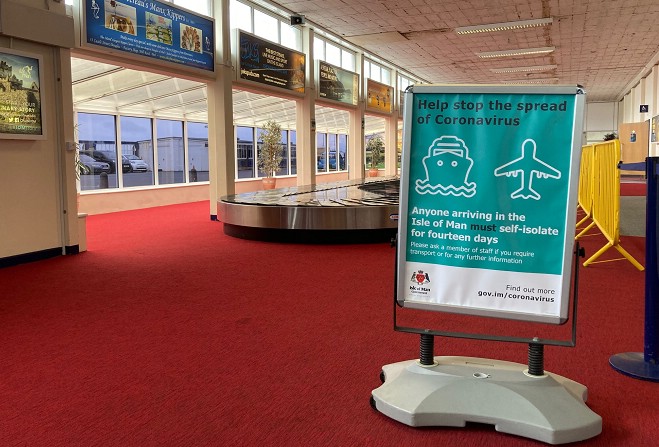 Around 4,500 people have arrived on the Isle of Man since border restrictions changed in July to allow non-essential travel.

Of those who've arrived via the sea terminal or airport and gone into self-isolation, 675 were visited in person, and more than 3,400 received a phone call.

Whilst no record is kept of the number of people leaving the Island, 4,457 landing cards, the necessary form filled out by each individual stepping foot on Manx soil, have been completed since 20 July.

That includes returning residents as well as key workers and those granted exemptions by public health.

Currently there's an estimated 630 arrivals per week here by sea and air, so around 2,500 per month.

The figures have been given in Tynwald after a written question by Onchan MHK Julie Edge.