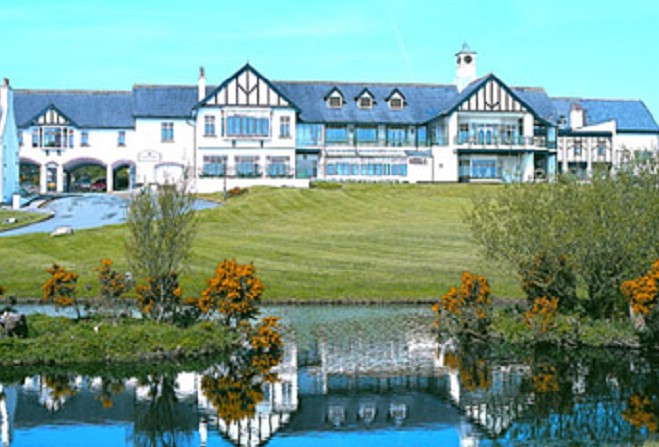 A Santon man embarked on a 'spur of the moment frolic' which grossly breached his duty of care and caused an Island hotel to go on fire, a court has been told today (Monday).

The actions of 64 year-old roofer Roy Cross led to the vast majority of the Mount Murray accommodation block being destroyed in November 2013.

The comments were made by advocate Michael Jelski as he outlined the case for the prosecution at Douglas Courthouse before a jury of six men and one woman.

Although Mr Jelski said there was no suggestion Mr Cross had started the fire deliberately, his failure to put a number of safety measures in place ultimately proved 'catastrophic'.

He used a blowtorch to dry out plywood which ignited roof tiles, the prosecution argues.

His defence counsel says a lack of health and safety procedures at the Mount Murray amounted to ‘woefully significant failures’, and that the defendant was unaware the complex roof tiles were made from combustible material.

The businessman who built the complex, the late Albert Gubay, was described as an ‘elephant in the room’ and someone who could be a tyrant in business whose instructions had to be followed.