Up to 1,500 people thought to take part in anti-racism demo 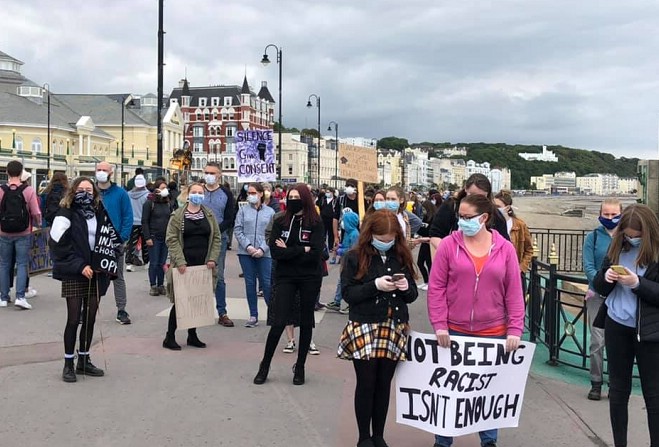 Up to 1,500 people have gathered on Douglas promenade to take part in an anti-racism demonstration.

Sources including eyewitnesses and police say it could be the biggest protest the Island has experienced in recent memory.

It follows others around the world, sparked by the death of George Floyd, a black man who died in police custody in the U.S.

Demonstrators have gathered outside the Villa Marina and plan to march to Regent Street, where a nine-minute silence will take place.

These protesters explain why they're taking part:

Hear some of the stories read out by volunteers:

One of the organisers behind the demonstration is Bernard Mensah.

He says there is no place for racism in the Isle of Man:

Beach Buddies' Bill Dale was one of those standing alongside protesters today: